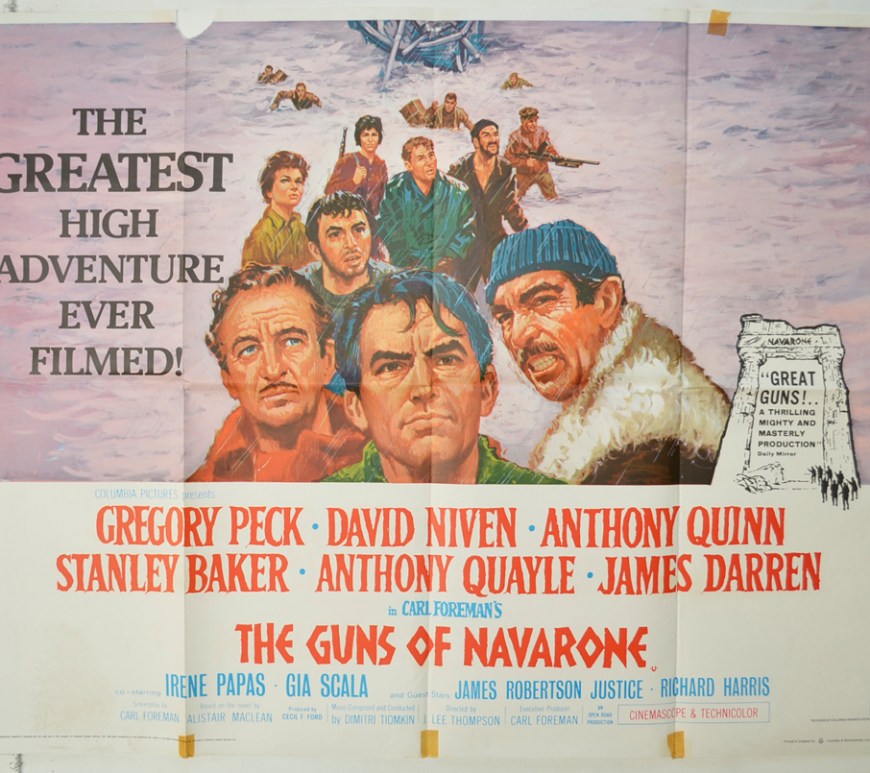 It’s interesting looking at Guns of Navarone in the context of the World War 2 genre of films. It’s contemporaneous with movies like The Longest Day, which I mentioned in my review of that movie that it’s something of a last hurrah of old Hollywood. Guns of Navarone feels like a middle ground. On the one hand, most of the film’s cast fit in that general age range (and also has Gregory Peck). On the other hand, it’s a little more cynical than that film – but it is not as cynical as a Bridge Too Far was (and considering the historical context, than this film could be). However, it still makes for a very solid film.