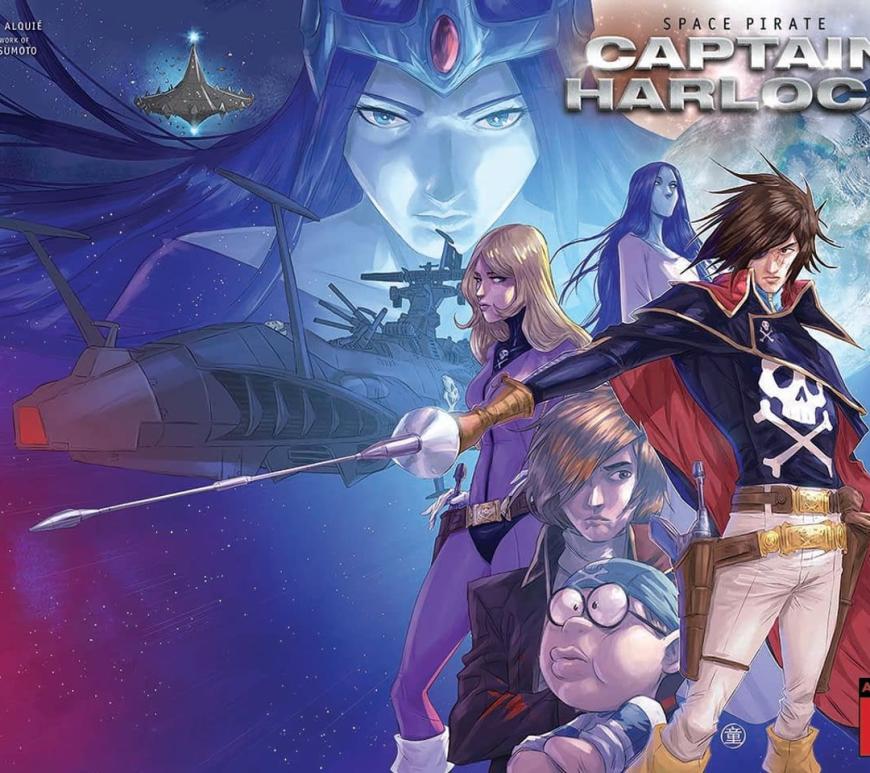 A while back, I reviewed the 1978 Space Pirate Captain Harlock anime on the blog. My general verdict was that, after finishing the show, it was an enjoyable work of space opera. Well, almost 40 years after the series originally aired, the story is getting revisited and expanded in the form of a comic by Leiji Matsumoto & French comic writer Jerome Alquire.