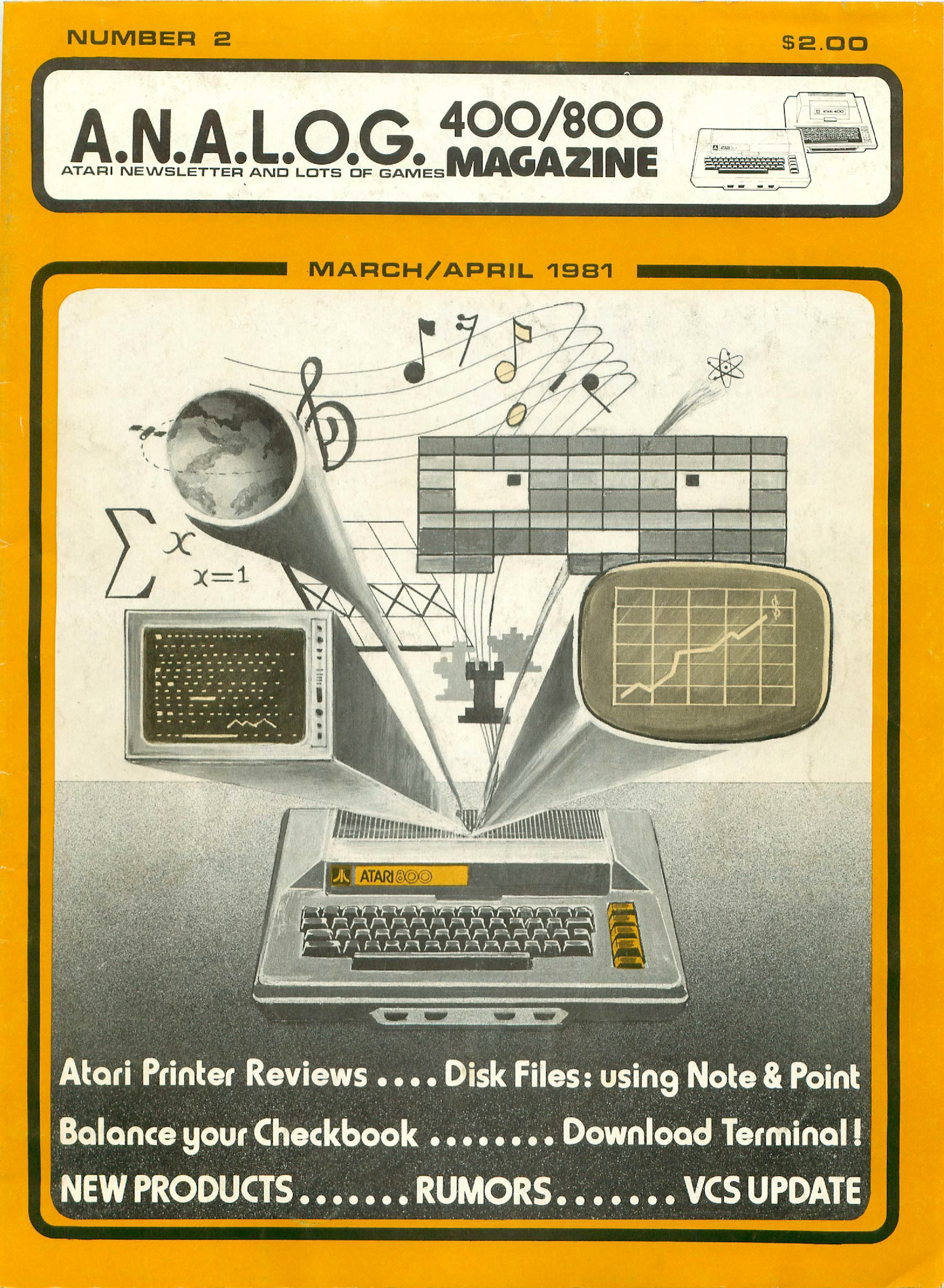 We move on with the issues of Analog Computing with its sophomore issue, for March and April of 1981. As you can see from the cover, we’ve got coverage of some printers for the Atari 8-bit systems. Editorial Last issue’s Editorial column was a statement of principles, while this issue’s column is a request for feedback from readers asking what they’d like the magazine to … END_OF_DOCUMENT_TOKEN_TO_BE_REPLACED

This week we move on to the fourth issue of Nintendo Power for January & February of 1989. Our cover story this issue is their coverage of Zelda II: The Adventure of Link. According to the cover there’s also an feature about 3 upcoming football games, and the Captain Nintendo fanfic (I’m not going to dignify it as “serialized fiction” continues. This issue clocks in at, about, 110 pages, same as last issue.

Wrestlemania Strategy Guide: We’re starting off the issue with a strategy guide for WWF Wrestlemania, featuring basically most of the really major wrestlers from 1989’s Wrestlemania event (Wrestlemania V), and by really major I mean Bam Bam Bigelow, Andre the Giant, Honky Tonk Man, Hulk Hogan, Randy Savage, Ted DiBiase. Okay, not most of the really major wrestlers, but a lot of characters for a game on an 8-bit system. They have different power-ups for different characters, like Ted DiBiase’s money, Hogan’s crucifix (which is referred to as an “Golden X” because we can’t offend people with Christian imagery), and so on. Each characters also have their own different move lists, all of which have their own differences, that generally fit with the real-life wrestlers styles (Andre not having any top rope moves for example), through there are some odd elements like Hulk Hogan being able to do drop kicks but not having any leg-drops, Bam Bam Bigelow not having any front grapple moves, and so forth. Also, there aren’t any signature moves in this game, and no way to win by submission or knock out (which there was a precedent for at this time in the WWF – Ted DiBiase’s Million Dollar Dream). END_OF_DOCUMENT_TOKEN_TO_BE_REPLACED

We move on to Nintendo Power’s third issue, and it’s first holiday issue, for November and December of 1998. Our cover story for this issue is Track & Field II, and the page count has come back up to about 110 pages. As always, the magazine moves straight to the features and strategies from the page after the table of contents.

Track & Field II Strategy Guide: Well, right off the bat, the game’s got a bunch more events than the original Track & Field. For example, we’ve got fencing, archery, swimming, pole vaulting, high-dive, shooting, horizontal bar, canoing, and taekwondo. The controls of the game look fairly simple, for example, in fencing one button controls attacking, one controls defending, and then the D-Pad handles movement and combining one direction with a button performs a certain attack or defense. It isn’t exactly Street Fighter, but it’s got a bit of complexity to it. Anyway, we get strategies (and the controls) for each event. END_OF_DOCUMENT_TOKEN_TO_BE_REPLACED

Now, onwards with our Nintendo Power recaps with Issue #2, covering Castlevania II, which was the first Castlevania game I ever played. This issue is about 105 pages long, which is actually a drop in the page count from last issue, which is different for most gaming magazines. Normally the second issue is longer than the first issue (but not always).

Bionic Commando Strategy Guide: So, we have a strategy guide for the original version of Bionic Commando, which has been since been remade for the X-Box 360 and PS3 as Bionic Commando: Rearmed which you can get through X-Box Live Arcade, and through the Playstation Network. I’ve already purchased that game, and it’s decent (though it’s hard). It’s one of the first action platformers I recall that was non-linear in it’s path to the conclusion (Capcom would later borrow the map system from Bionic Commando for their second G.I. Joe video game), and it didn’t let you jump – but instead it gave you an alternative in the form of your grappling arm, as opposed to, say, Robocop which did precisely jack. In the course of my discussion of this game, I’ll go over any differences I observe from the NES version of the game to the re-make. END_OF_DOCUMENT_TOKEN_TO_BE_REPLACED