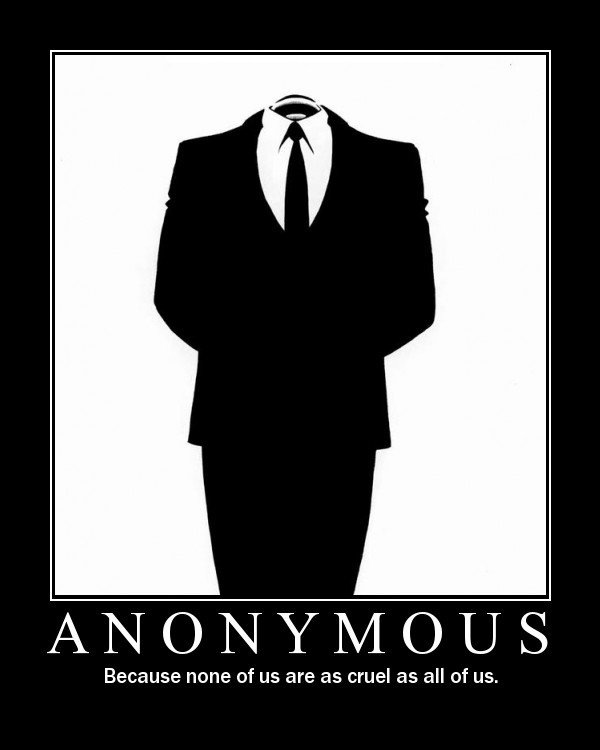 In a nutshell, a turf-war has started among Anonymous. One faction favors the group’s current anarchic “Anyone who wants to be part of anon can be part of anon, and use our big DDOS Of DOOM” (no, they don’t actually call it that). The other faction feels that Anon should be limited to those whose Kung Fu, if you will, is strong enough. Prove your worthiness, you are admitted into the ranks of Anon. So, this second group has basically pwned Anon’s two main IRC chat rooms, as the guy running the Way of the Closed Fist faction, if you will, was the guy who was handling domain registration. END_OF_DOCUMENT_TOKEN_TO_BE_REPLACED