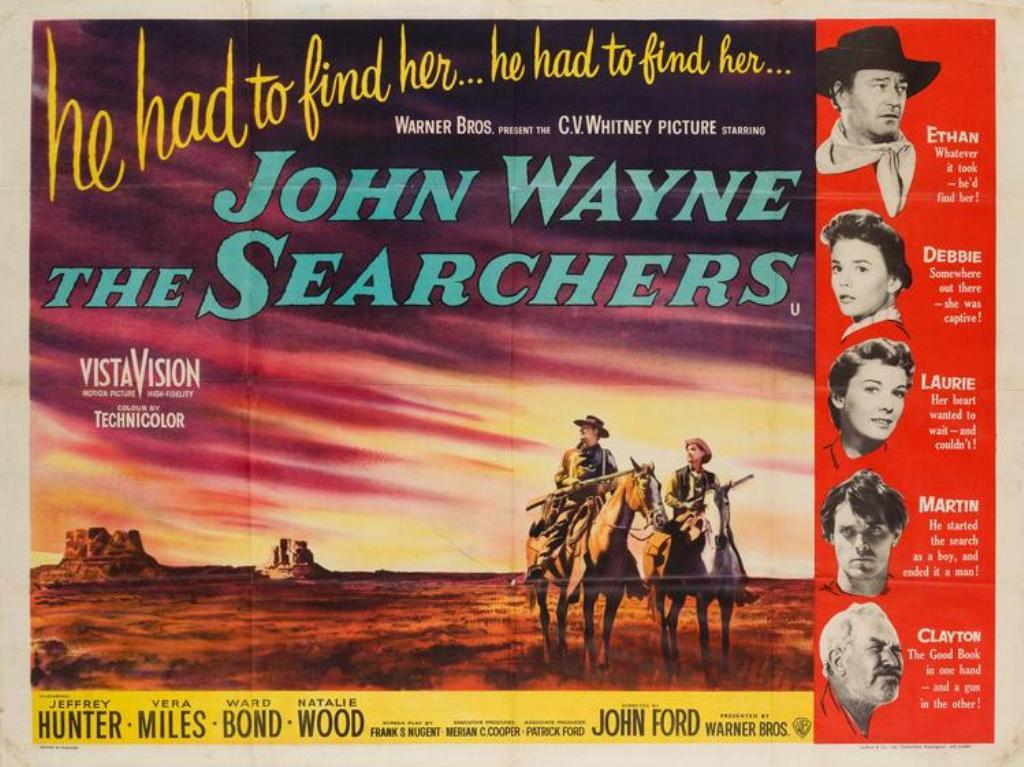 I never really watched many western films with plots based around Native Americans when I was a kid. Not even The Searchers. I kinda knew, at a fundamental level, that most of those films had something of a simmering undercurrent of racism that would leave a bad taste in my mouth. Even after I got older, and started hearing people talking about The Searchers in particular as one of the best Westerns, if not one of the best films of all time, I couldn’t quite quell those lingering doubts. However, after much deliberation, this year I decided to get around to watching this movie. END_OF_DOCUMENT_TOKEN_TO_BE_REPLACED 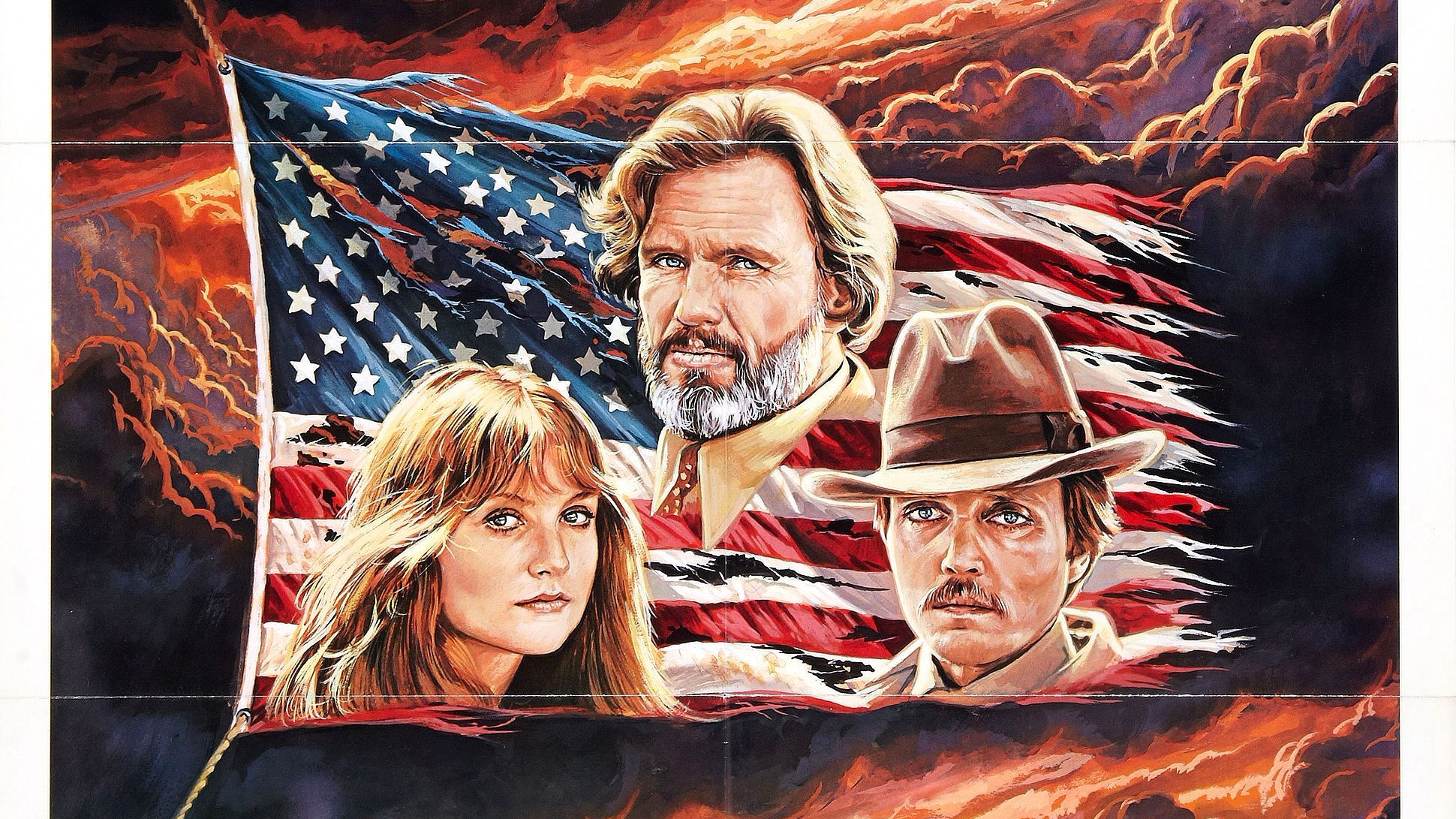 Heaven’s Gate is a film that originally had a profoundly negative response – critically panned for its excess, both in terms of the troubled shoot and the film’s length, it was considered everything wrong with “New Hollywood”, even before we get into the reports that horses were killed and maimed in the making of this film to enough of a degree above and beyond earlier westerns that this movie lead to the start of the American Humane Society sending monitors to film shoots to make sure this didn’t happen in the future. Since its initial release, the film built up something of a cult following, which ultimately lead to the film getting a re-edit and re-master to fit the director’s vision for its final release a few years ago from the Criterion Collection. END_OF_DOCUMENT_TOKEN_TO_BE_REPLACED

Joe Kidd (Clint Eastwood) is a bounty hunter who has given up his old profession and instead has taken up raising horses. However, he ends up finding himself caught in the middle of a struggle between some Mexican revolutionaries and a cattle baron by the name of Frank Harlon (played by Robert Duvall), who is out to claim their land. Kidd must decide whether to side with Harlon and get paid, and get revenge for attacks on his own land, or to help the revolutionaries. END_OF_DOCUMENT_TOKEN_TO_BE_REPLACED

This week I’ve got another western movie review for you. The last review in this genre was a somewhat older film in the genre with Butch Cassidy and the Sundance Kid. This week I have a more recent film in the genre for you with the 2007 version of 3:10 to Yuma, starring Russell Crowe & Christian Bale.

Christian Bale plays Dan Evans, a rancher and Civil War veteran, who is barely scraping by – and it doesn’t help that Glen Hollander, who Evans owns money two, is actively sabotaging his efforts so he can claim Evans’ land. Evans finds a possible way to save his land, and his self respect, by escorting captured bandit Ben Wade (played by Russell Crowe), to the town of Contention where he will be put on a train to Yuma prison. However, Wade’s gang, lead by his psychopathic lieutenant Charlie Prince is out to rescue him. END_OF_DOCUMENT_TOKEN_TO_BE_REPLACED

This week I have another review of a classic motion picture for you – or at least a motion picture that is widely regarded as a classic of the Western genre. It’s also the film that helped bring Robert Redford to the big time, and named the Sundance film festival – Butch Cassidy & The Sundance Kid. So, as I always ask when reviewing classics, does the film hold up, or has the years undermined its supports? Oh, and as a quick aside – I’m probably going to cut back on my blogging for a bit – at least for the rest of the term, as my work schedule and class schedule isn’t conductive for the rigorous schedule I was blogging before.

Butch Cassidy, along with his friend, The Sundance Kid, is in charge of The Hole In The Wall Gang, a notorious group of outlaws who have previously been robbing banks and trains across the West. When a train robbery goes spectacularly pear-shaped, Cassidy & The Kid head south, to Bolivia, where they will end up finding their destiny.

END_OF_DOCUMENT_TOKEN_TO_BE_REPLACED

I’m not going to say I’ve watched everything Mel Brooks has ever done, but I’ve watched a fair chunk of it, and I’ve enjoyed what I’d seen. However, I’d never gotten around to watching Blazing Saddles. The film is widely regarded as being Brooks best film, aside from, maybe, Young Frankenstein. So, I’ve watched it, now what did I think about it?

Bart, an African-American man working on the railroad, is saved from execution for assaulting one of the racist over-seers for the railroad, to be appointed by the Eeeeevvvvvviiiiillll Lieutenant Governor Hedley Lamar as the sheriff of the town of Rock Ridge – which Lamar is trying to force out so he can claim the land for himself as the rail-road comes through it, so he can make a fortune. However, Lamar has underestimated Bart, and his new deputy, Jim, aka The Gunslinger Formerly Known As The Waco Kid. END_OF_DOCUMENT_TOKEN_TO_BE_REPLACED