Stray Dog is one of the earlier film noir styled films from Akira Kurosawa. It’s an interesting example of the genre, and it also makes for an interesting snapshot of post-war Japan. The premise has Toshiro Mifune playing a rookie homicide op whose weapon is stolen by a pickpocket while on the bus. The detective ends up being partnered with a veteran detective as they make their way through Tokyo’s underworld to find the gun. END_OF_DOCUMENT_TOKEN_TO_BE_REPLACED 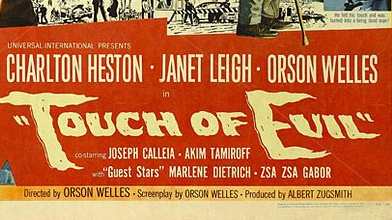 Touch of Evil is considered one of the best Film Noir of all time, for a lot of reasons – from the very gritty narrative with a driving thrust based around police corruption and racism, to a protagonist being a more upstanding police detective who as the film goes on becomes more morally compromised. However, it has its issues as a film. END_OF_DOCUMENT_TOKEN_TO_BE_REPLACED