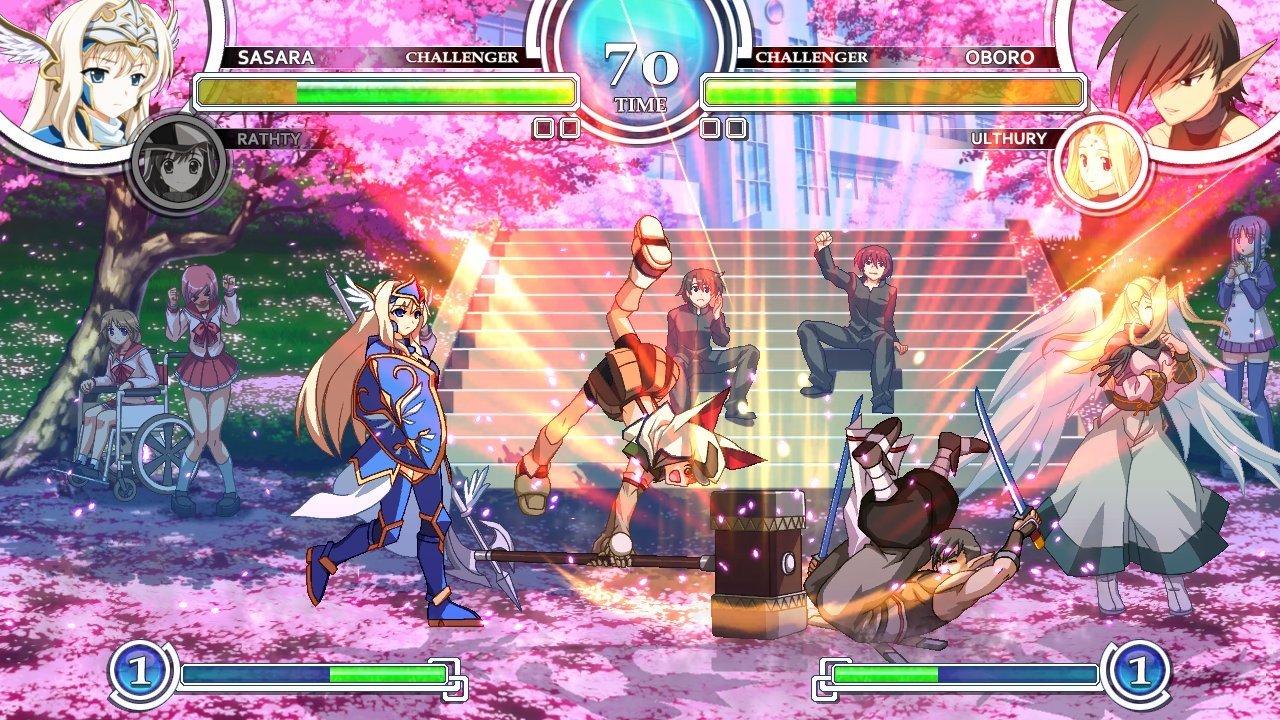 Among the fighting games released last year, one that crept under the radar, but drew the attention of some of those in the fighting game scene was Nitroplus Blasterz: Heroines Infinite Duel. This was the latest of a number of various fighting games based on dating sims and visual novels, starting from Melty Blood in 2002 (based on Tsukihime), and moving on through Fate/Unlimited Codes in 2008 (based on Fate/Stay Night – the anime series of which I’ve previously reviewed). In 2013, we got Aquapazza Dream Match, a fighting game based on the various visual novels created by development studio Aquaplus. Now, while Melty Blood and Fate were based on visual novels with their share of action, Aquaplus’ bibliography (for lack of a better term), was built around less action focused work, such as Comic Party (which I’ve discussed in issue #10 of my Fanzine). So, the question becomes, how well do dating sims adapt to fighting games? END_OF_DOCUMENT_TOKEN_TO_BE_REPLACED

This week I’m doing a list with 6 tabletop RPGs you might like, based on your taste in video games. If you’re interested in any of the tabletop RPGs mentioned, lists to the games can be found below.

Also, the weekend of June 15th, 2013 is Free RPG Day! Stop by a participating game store see about picking up one of these games, or many others that might strike your fancy! You can find participating stores here. END_OF_DOCUMENT_TOKEN_TO_BE_REPLACED