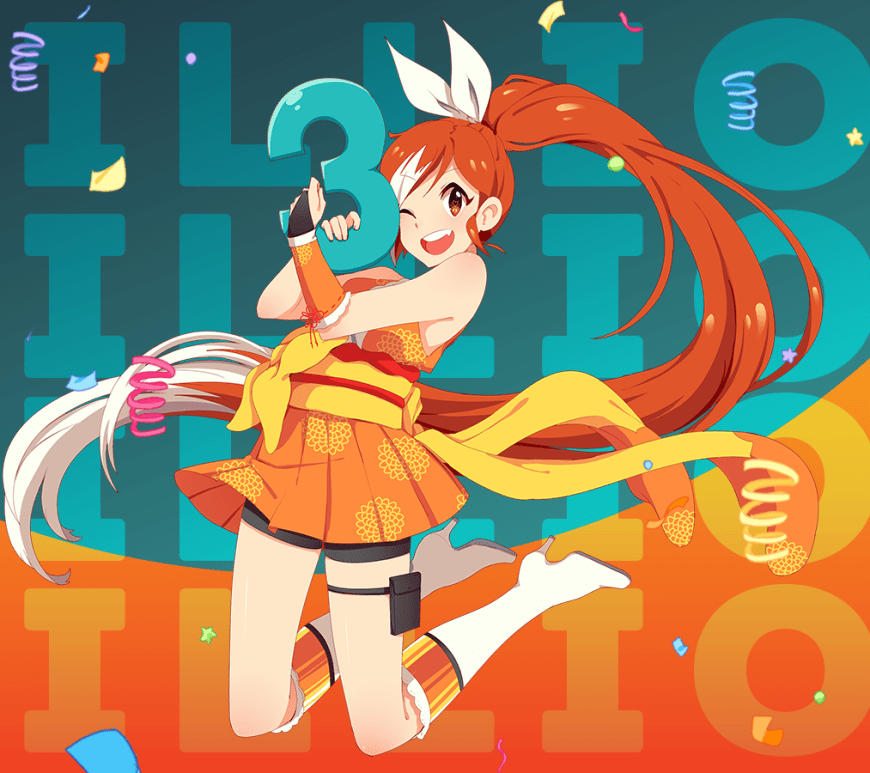 I have a video this week recorded the day it was announced that the Crunchyroll/Funimation merger had been finalized. I give my thoughts on the merger, and a couple different directions it could go.

END_OF_DOCUMENT_TOKEN_TO_BE_REPLACED 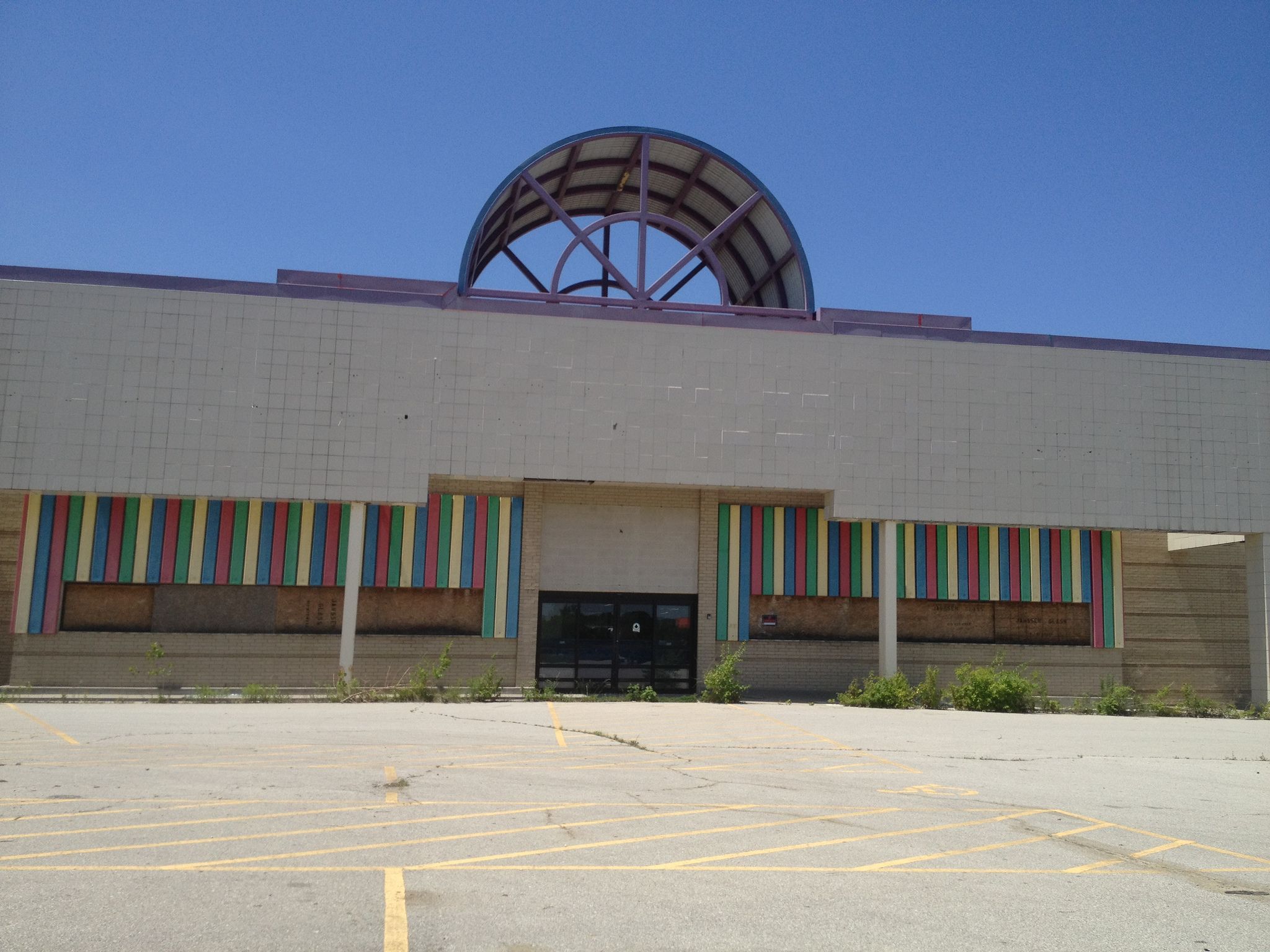 It’s interesting how different aspects of geekdom’s failure to interact can lead to people grabbing into smaller parts of a larger, more interesting picture. (Note – this started as a series of tweets that I’ve tweaked somewhat)

END_OF_DOCUMENT_TOKEN_TO_BE_REPLACED

As a quick heads up – for the foreseeable future, my streams will be on hold. My last few attempts at streaming had about 65% of the frames dropped, and that was with attempting to shut down any system processes that used network traffic and after replacing my router. Part of these issues were what lead to the Lost Episode of my Super Robot Wars … END_OF_DOCUMENT_TOKEN_TO_BE_REPLACED 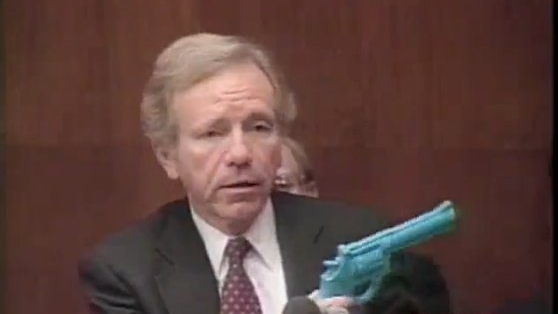 Kotaku has reported that the Trump administration held a conference at the White House of industry executives and various “Think of the Children” groups like the US PTA about violence in video games in the wake of the most recent school shooting. Now, for the past 8 or so years, this had been a settled issue, since the Supreme Court ruling in Brown vs. EMA ruled that video games were an artistic medium and thus could be art, and in turn the 1st Amendment applied to them. END_OF_DOCUMENT_TOKEN_TO_BE_REPLACED

This past week had the 2017 DICE Awards. I have a few thoughts on the awards. END_OF_DOCUMENT_TOKEN_TO_BE_REPLACED

What bugs me about people who rip into the stories of games which try to tell good, interesting stories but fail (at least in the eyes of the people doing the ripping), like, for example, Bioshock Infinite, is that the language used to mock the games often comes in the form of saying “Games can’t tell good stories, why should you try?” Not that they’re … END_OF_DOCUMENT_TOKEN_TO_BE_REPLACED

This week, I’m going a little more topical with my videos and discussing a current event – Harlan Ellison‘s attempt to stop the release of the film In Time. Related articles Sci-Fi Author Harlan Ellison Claims ‘In Time’ is Ripping Him Off, Sues to Stop The Film’s Release (moviefone.com) Film: Newswire: Harlan Ellison suing makers of In Time, as any Harlan Ellison would (avclub.com) Harlan Ellison … END_OF_DOCUMENT_TOKEN_TO_BE_REPLACED

We got a few recent news stories recently about Diablo 3 which I wanted to address now while they’re still topical. END_OF_DOCUMENT_TOKEN_TO_BE_REPLACED

Now that we’ve gotten a verdict in the Supreme Court case of Brown (nee Schwarzenegger) vs. EMA, I’m going to give my thoughts on this very happy occasion, and a response to comments made by Senator Leland Yee. END_OF_DOCUMENT_TOKEN_TO_BE_REPLACED

Normally, I don’t do much in terms of blog posting on my weekends, instead preferring to take the time to kick back, relax, and get some serious gaming done (as opposed to gaming for work). However, I came across this little update on Retromags.com. It’s an interview with Ralph Baer, who worked on the development of the Magnavox Odyssey and Simon. You can find the … END_OF_DOCUMENT_TOKEN_TO_BE_REPLACED

I’m not going to defend Lolicon here. For starters, Lolicon isn’t my thing – and in any case, if the material was prosecuted as being obcene for an entirely different reason (bondage material) that still wasn’t my thing, it’d be hard to defend it – because it’s hard to defend a kink that’s not yours, especially to a someone who doesn’t have that kink (and besides, if they already have that kink, you don’t need to defend it to them). I’m going to refrain at this time from going into my kinks anyway because they’re irrelevant (and if you really care what they are, you can post a comment and ask – this doesn’t mean that I’ll answer, but I’m not getting into them in this blog post).

I’m also not going to get into the free speech reasons why this case is bad, because, frankly, Neil Gaiman did it better than I possibly good. I strongly encourage you to Neil’s post, because it’s excellently well written, and explains why you can’t slack off in the defense of free speech – because unfortunately, if you let icky speech be outright banned in a particular medium (video games, comics, film, etc.) it becomes easier to ban speech you support. This doesn’t mean you can’t marginalize certain types of icky speech (hate speech, NAMBLA), but banning icky speech outright bad (note: I’m not defending actual photographed and filmed child porn as icky speech – a crime must be committed in its creation, thus making it by its nature illegal – though I find the prosecution over sexting absurd, but I’m digressing – just read Gaiman’s essay.) END_OF_DOCUMENT_TOKEN_TO_BE_REPLACED

So, I previouly wrote a letter to the Spokesman, arguing against those who would reject skateboarders out of hand, and argued in favor of a new skate park. Aparrently I was not the only one who felt this way, as last week Monday some of Wilsonville’s skateboarders and their families came to the city council meeting to argue in favor of a skate park. I can’t give any specific information on what was covered, as video of City Council meetings are only available through their cable access channel, which, as is the nature of the beast, you can only have access to if you have a cable subscription, and the Work Session isn’t covered. Consequently, if you don’t have a cable subscription (or instead have Satellite or FIOS TV), then you can’t watch the meeting if you weren’t able to attend. No, there isn’t any streaming video available.

Fortunately, the Wilsonville Spokesman did an article about the meeting, so I was able to find out some of what was discussed, and the discussion at the council meeting lead to a seperate meeting with council members Stephen Hurst and Michelle Ripple, as well as representatives of the parks department to discuss what actions skateboarders and their families (and me) can do to get a skate park together. I managed to get enough notice on this one (8 hours notice – from the article in the Spokesman) to attend this one.

END_OF_DOCUMENT_TOKEN_TO_BE_REPLACED

I don’t think about High School often. High School wasn’t what I would describe as “fun”. Now, I wasn’t a major social outcast or anything like that. I wasn’t emo, or punk, or goth. I was just your basic geek, but school was made stressful by the fact that I have Asperger’s Syndrome, and was one of the first people in the school district to … END_OF_DOCUMENT_TOKEN_TO_BE_REPLACED

Just another little update… in my home town of Wilsonville, last week, there was a trio of letters written to our local paper fighting the construction of a new skate park in Wilsonville.  The arguments were rather old, worn out, and some of them had holes in them:

So, with these arguements in mind, I wrote an letter for the Wilsonville Spokesman, and my mother, who was similarly annoyed by the letters in the Oregonian, wrote one of her own as well. Mom’s didn’t get published. Mine did.

Now, my letter won’t be visible next week Wednesday on the site, because they’ll have that week’s letters, so I’m putting the full text below the cut.

END_OF_DOCUMENT_TOKEN_TO_BE_REPLACED

As you probably already figured out from my last blog post, I’ve been thinking about the end of 1up and EGM as we know it. With most of the GameVideos staff getting the chop, I’ve started to think about the role of video in Video Games Journalism and how to handle it. Video Games are a visual medium. Duh.  Consequently, when you’re talking about video … END_OF_DOCUMENT_TOKEN_TO_BE_REPLACED

For those of you who don’t read Kotaku, here’s the link to the article. In short, Hearst Publications Group, which owns UGO, has bought the 1up Network from Ziff Davis. They then canceled EGM (Electronic Gaming Monthly, their only and flagship gaming magazine) canceled just about all of their podcasts, and then fired most of the staff, including James Mielke (I can’t believe I spelled that right), Shane Bettenhausen, Skip Pfister, Ryan O’Donnell, among 30 other staffers and the GameVideos team, in a purge that I might call, and will call, Stalin-esque.

Aside from the tragedy of Vampire William Randolph Hearst draining the life blood out of the 1up network, leaving only a lifeless husk, hopefully there will be a lesson to be learned from this, but a costly one. You see, people in the business of reviewing film and reviewing video games like to talk about how different reviewing games and reviewing movies are, but they actually have a great deal in common, in certain respects.

END_OF_DOCUMENT_TOKEN_TO_BE_REPLACED

One of my favorite kind of books to read are on the history of computing (and science in general), in particular ones which tell the story about not only the technology that’s developed, but the people who developed it, and how their personalities interacted. That’s why while the PBS documentaries  “The Machine That Changed The World” and “The Shape of the World” are interesting, I … END_OF_DOCUMENT_TOKEN_TO_BE_REPLACED

If you read Slashdot.org, you may have caught this news story. In short, Nielsen Media Research sent a DMCA takedown order to Wikipedia, asking them to takedown a series of catagory boxes and templates for organizing radio and TV stations by city, stating that it infringed on their copyright on the practice of organizing television and radio stations by market. Consequently, the Wikipedia foundation was forced to delete all the relevant templates, leaving the userbase scrambling to find a way to organize media articles without getting sued.

To be frank, the actions of Neilsen Media Research are a crock of bullshit. The copyright in question is no better, and in fact is almost worse then some of the bogus submarine patents that you read about weekly, and the copyright in question essentially gives the Nielsen essentially a monopoly on the classification and organization of broadcast stations by geography.

END_OF_DOCUMENT_TOKEN_TO_BE_REPLACED

Just doing a quick post to direct you all to a review I have up on Bureau42.com for Full Metal Panic. The review can be found here. I’m going to be having 2 more reviews going up for Full Metal Panic? Fumoffu, and Full Metal Panic: the Second Raid. Hopefully, I’ll be able to turn this into a steady gig for them. END_OF_DOCUMENT_TOKEN_TO_BE_REPLACED

In the first decade of the 21st century, the Video Games Industry has found itself facing a lot of political pressure from Washington DC, as well as the politicians of various state legislatures. The Hot Coffee controversy started a wave of game legislation against the game industry, with many states passing legislature to impede the sale of video games that contained violent content (the levels of violence being legislated against varied from state-to-state).

Rising up against this sea of foes, was the Entertainment Software Association, then lead by Doug Lowenstein. Thanks to the dues paid by member corporations, the ESA was able to file suit in multiple state courts to block the aforementioned laws, and in many cases get them declared unconstitutional. Further, as an outgrowth of the ESA’s sibling organization, the Entertainment Merchant’s Association (or EMA came the Entertainment Consumer’s organization, or ECA, lead by Hal Halpin, which sought to bring a voice for those who play video games and other electronic media, so that someone is fighting for them. Among one of the ECA’s first actions was to join with GamePolitics.com, a blog that tracked attacks against gaming in the public sector, from politicians, and from the news media.

The reason I’m bring up this melodramatic alphabet soup is that there is dissension in the ranks – specifically between the ECA, and the ESA – and the ECA didn’t start it.

END_OF_DOCUMENT_TOKEN_TO_BE_REPLACED

According to a news article at 1up.com, Tomonobu Itagaki is resigning from Tecmo and filing suit with his old company after the president of the company allegedly said he would not pay Itagaki a promised completion bonus for the game. As someone who is a fan of the Dead or Alive games, as well as the Ninja Gaiden games, regret this turn of events a … END_OF_DOCUMENT_TOKEN_TO_BE_REPLACED